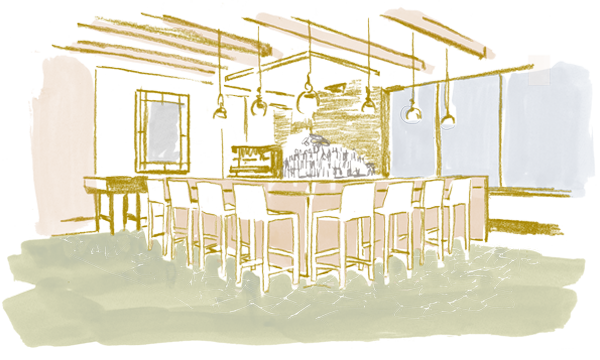 Vetri has the longstanding reputation as being one of the most respected and influential Italian restaurants in the country.

In September of 1998, Chef Marc Vetri and his business partner, Jeff Benjamin, premiered Vetri Cucina in a historic townhouse in Philadelphia. Two decades later, the original restaurant that launched this journey continues to provide a culinary tour of Italy, and has garnered national accolades.

Marc and Jeff are excited to introduce the intimacy of Vetri Cucina to the energy of Las Vegas. Immediately after visiting the Palms Casino Resort, they saw the potential for the second iteration of their iconic townhouse. Perched above the city with panoramic views of the Strip and Red Rocks Canyon, the 56th floor provides the perfect backdrop for this latest venture.

The team is thrilled to share their acclaimed Italian cuisine with the Las Vegas community, as well as the unparalleled hospitality for which they've become known in Philadelphia.

Vetri Cucina is honored to be included among our talented colleagues as a nominee and recipient of the James Beard Foundation Awards for excellence in the food and beverage industry. Throughout our history, we have received the following recognition from the Foundation for our Philadelphia location and Chef Marc Vetri. 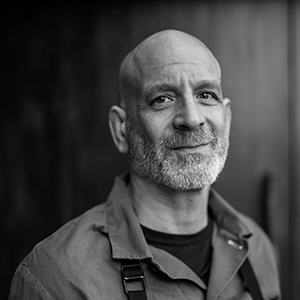 Marc Vetri is the chef and founder of Philadelphia’s critically acclaimed Vetri Cucina.

Following years of accolades at Vetri Cucina, Marc and Jeff opened various restaurants all of which played integral roles in Philadelphia’s restaurant resurgence. In 2015, Urban Outfitters Inc., a leading lifestyle retail company, joined forces with several of The Vetri Family restaurants. After overseeing a successful transition, Marc decided to rededicate himself to pushing culinary boundaries at Vetri Cucina.

In February of 2020 Marc opened a pasta bar called Fiorella located in the Italian Market of Philadelphia. In July of the same year, he opened Osteria Fiorella located in Red Rock Casino Resort & Spa in Las Vegas. This restaurant was originally intended to be a pop-up but it was so successful that it was made into a permanent fixture. Marc’s latest venture is an Italian steakhouse in Bryn Mawr called Fiore Rosso. This unique restaurant located in the suburbs of Philadelphia features only the freshest cuts of meat and an extensive beverage program.

Vetri Cucina Las Vegas at Palms Casino Resort closed its doors in March of 2020 but is slated to open again in November of 2022 after much anticipation.

In addition to his restaurants, Marc is the driving force behind the Vetri Community Partnership, a non-profit dedicated to nutrition education. He is also the author of five award-winning cookbooks.

Marc lives in Philadelphia with his wife, Megan, and their three children. He enjoys spending weekends cooking with his family, training in Brazilian jiu jitsu and playing guitar. 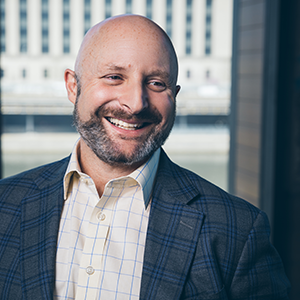 After graduating from The University of Massachusetts Amherst, Jeff Benjamin met Marc Vetri in New York City while working in the food industry. When Marc decided to return to his native Philadelphia to open Vetri Cucina, he tapped Jeff to be his business partner and general manager—and the rest is history.

Today, Jeff serves as co-founder of Vetri Cucina, and has worked alongside Marc to open many restaurants in the past 25 years including Fiorella, Fiore Rosso and MVP located in the Philadelphia area, and Osteria Fiorella and Vetri Cucina in Las Vegas. Jeff is the co-founder and a board member of the Vetri Community Partnership. In 2015, he published his first book, Front of the House: Restaurant Manners, Misbehaviors & Secrets, a behind-the-scenes look at the details that go into an evening out. In addition to operating restaurants, Jeff enjoys helping entrepreneurs in the food and beverage industry through angel investing and consultation. Currently he is an investor and sits on the boards of Federal Donuts, a quick serve restaurant company, and Simply Good Jars, a CPG salad product for the foodservice and grocery industry.

Jeff lives in Cherry Hill with his wife, Melissa, and has two daughters. When not working, he can be found spending time with his family and rooting for his beloved sports teams, the Cubs and 76ers.

In 2008, Marc and Jeff created the Vetri Community Partnership as an effort to support Alex’s Lemonade Stand, which raises funds and awareness for pediatric cancer causes, cures and research. Motivated by this work, Marc and Jeff decided to leverage their own expertise in food and nutrition to benefit children. Now, Vetri Community Partnership empowers children and families to lead healthier lives through fresh food, hands-on experiences, and education. Their mission is to help kids experience the connection between healthy eating and healthy living.